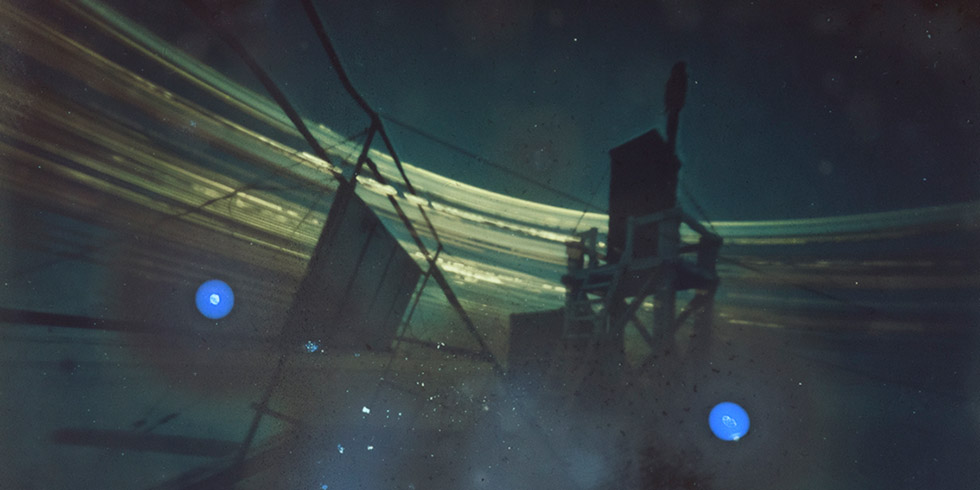 One of the longest exposures up to dat I have created is this image from Brandalpynten in Spitsbergen. It was possible in collaboration with Maarten Loonen, who lives in Ny-Alesund in the summer time which is close to this site, what used to be the light beacon for the harbour. In the summer of 2015 we decided to leave one camera on this site so it could record a full year of sun tracks. I knew it could be hard as the winter time in Spitsbergen is dark, cold, snowy and very windy. The darkness would not be a problem, but the wind could blow the camera loose and the snow could get inside the camera. There were more camera’s but this one held steadfast. It took more than a year and a half to get back to me before I could see this incredible result.