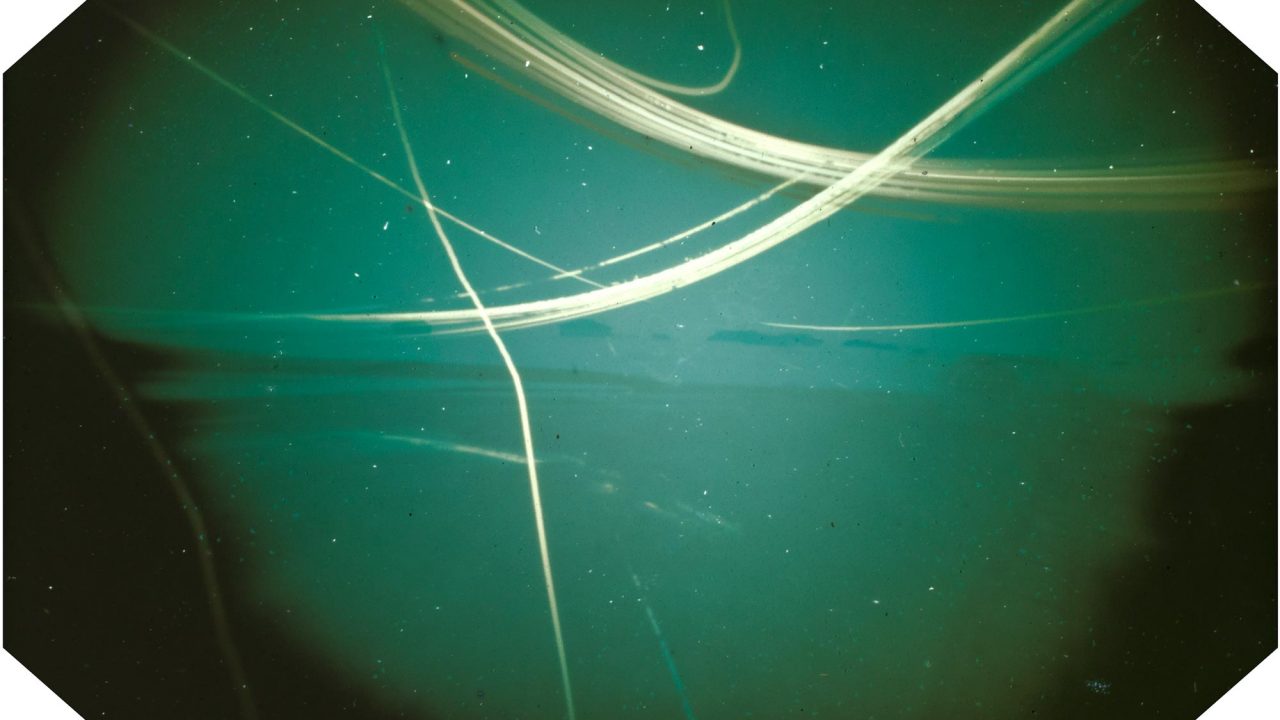 In the far north of Canada the arctic sea ice reaches the coast almost all year round. This is changing very fast the last years. During the summer time permafrost is subject to thaw with land slides as a result. This means that sometimes people will loose their house to the sea where normally this would not be a problem. On Herschel Island stands a small settlement from where scientists live and work to study these and other climate elements.

The many solar tracks in this pinhole photograph show us that either the camera was moved with multiple exposures as a result. It makes for a powerful display of  solar activity, illustrating the current events taking place in the arctic.

This image was created for the project Touch base, arctic solargraphy. A global ‘science meets art’ photography project I conducted during 2019-2020.

Quinsin Nachoff (saxophone) & Nathalie Bonin (violin) have adopted this image to be part of the art work for their album Pivotal Arc. It is a very great honour to have it feature on the front of their LP, CD and digital distribution.