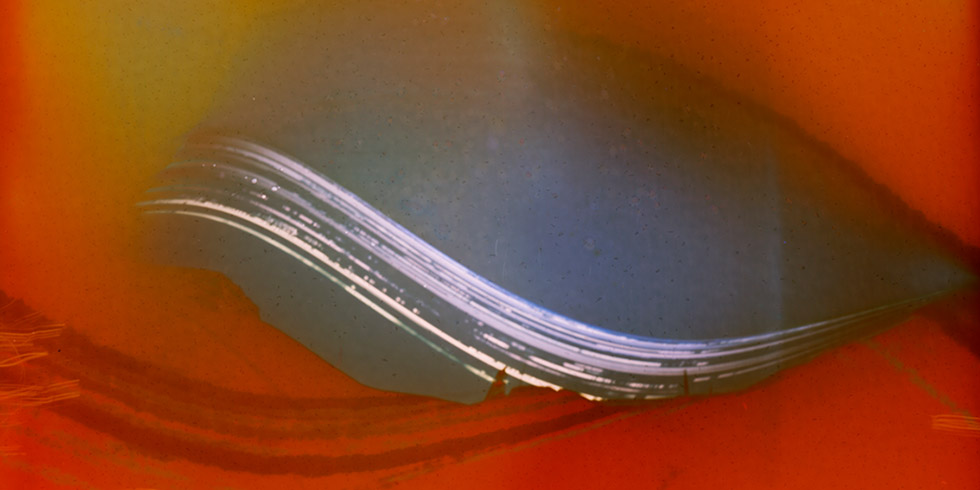 When I opened the pinhole camera which recorded this image, I was truly amazed with some of the detail visible in the sun’s tracks on a small piece of photo paper. Although the tracks were wonderfully visible, the recording itself  was created to far away from the subject. Luckily it still left me with a unique image, an eye in the skye so to speak.  In this particular case there was another surprise. The available color spectrum to play with after digital recording of the negative was very diverse. In the end I could create this solar eye looking down at us from the far north.

In the process of creating an exhibition I worked closely with Temon Gonzalez Moreno, an artist who combines sound, image and research into beautiful objects and design. I asked him if he could translate the solar tracks into a natural, multi layered morse code sound track. You can listen to the result via this link.