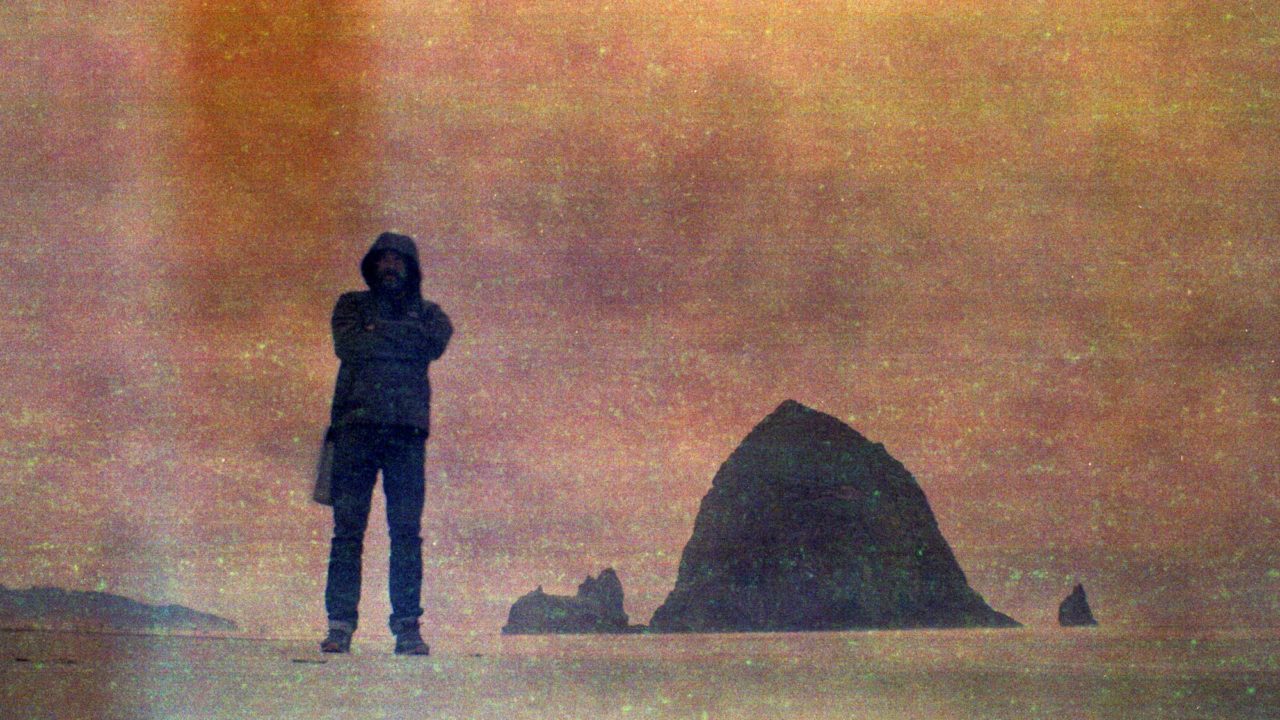 This portrait was taken at a phenomenal euphoric moment. While traveling for work we had just learned that my friend Jasper had fully funded his design project back home. I said that calls for a suitable portrait. Man can climb a mountain, man can conquer a mountain. The previous years had not been so great for him and his family so it was quite special to share that moment with him. Later it proved to be one of those tipping points one can have, things started going better. I felt I needed to place him firmly on the sand of Cannon Beach and make him larger than life, towering above the surrounding Haystack Rock.

The image was taken on the Pacific Coast of the USA, Oregon, using expired film from the 1980’s in a Kodak Box camera from the 1930’s.