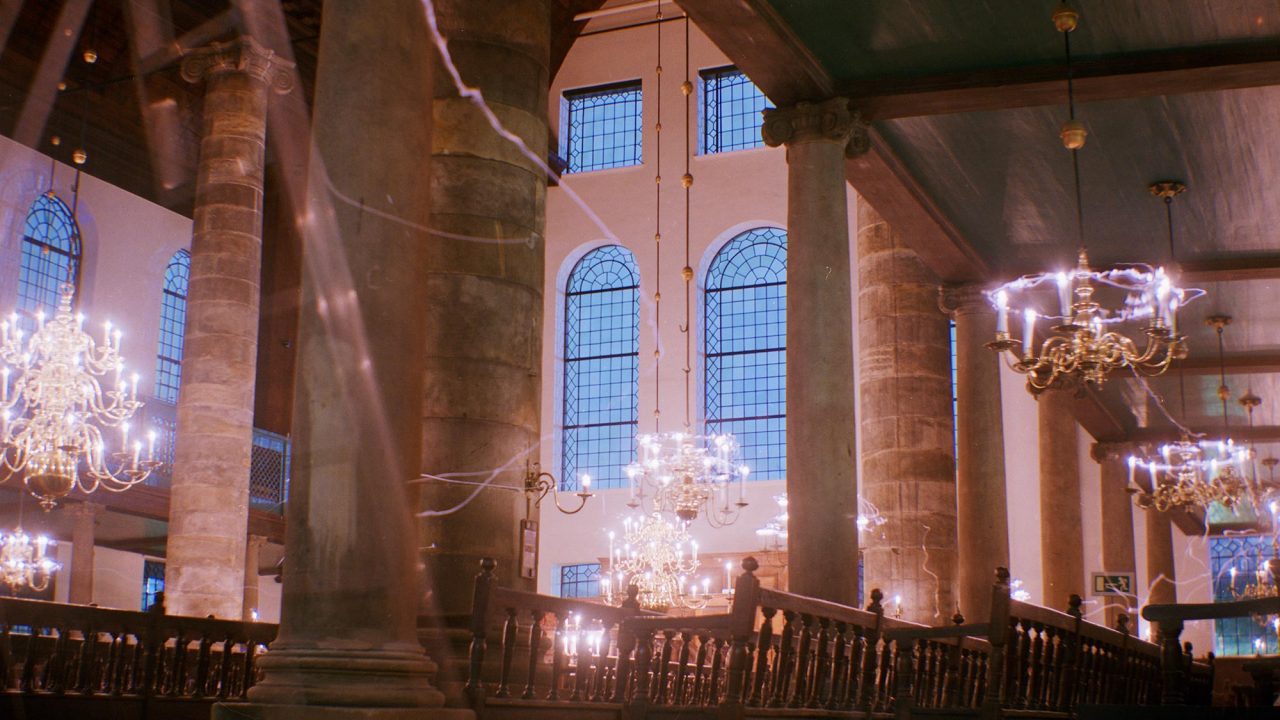 During research for a documentary about Monne de Miranda, we visited the Portuguese Synagogue in Amsterdam.  As this place has no electrical lights the synagogue is lit with candles during concerts and gatherings. We were allowed to film and I had the chance to experiment with recording traveling light in one image.