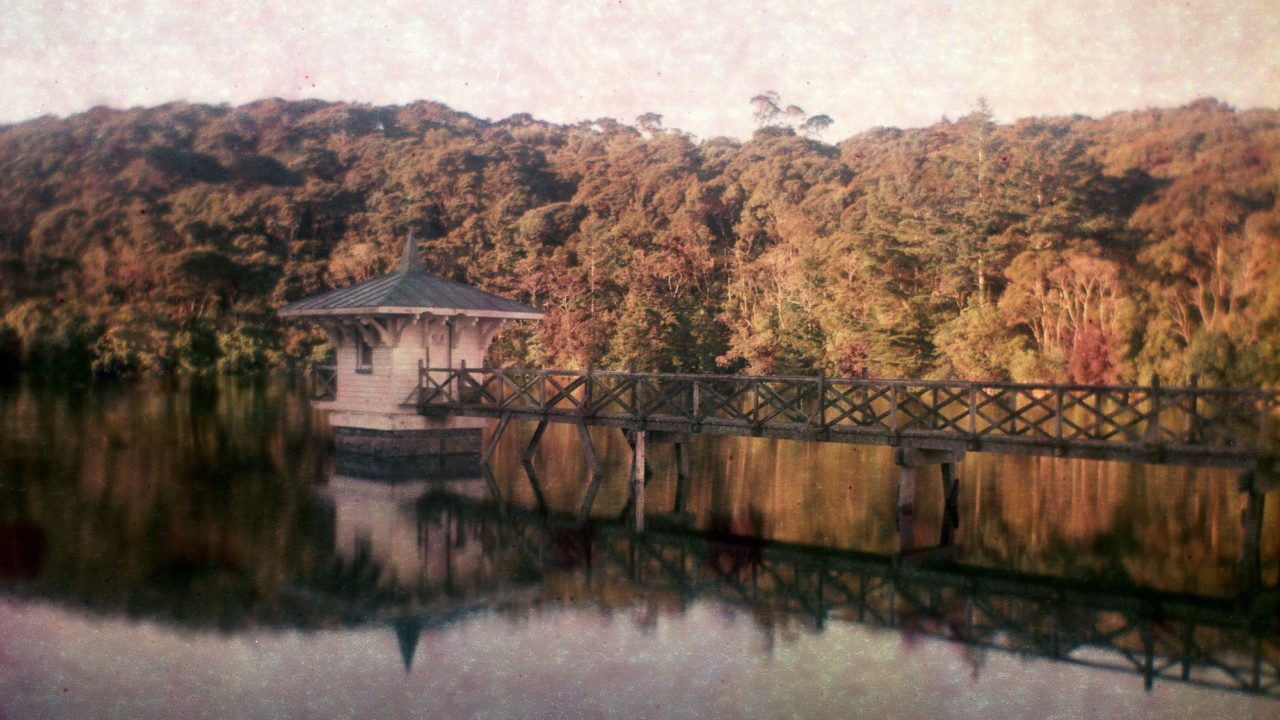 While visiting Dunedin, New Zealand, for a lecture at the Polytechnic School of Art I was enjoying some time off for a walk around the city and was recommended to go to the Ross Creek Forest Parc. It’s a beautiful walk around a small artificial lake. This is one of the oldest artificial lakes in New Zealand, and the oldest water supply reservoir still in use in the country, it was created in the 1860s to provide water for the city of Dunedin, at that time in the middle of rapid expansion due to the Otago goldrush.

In the middle of the lake stands a valve tower of which you can see the top popping out of the water. It’s design was of the 1860’s and it’s still pretty much left as it was. It made a good subject for an image that takes us back in time, when the photography was just around.

The photo was taken in a Kodak Box camera from the 1920’s. The hazy look that creates the old expired film inside the camera adds to that old feeling.