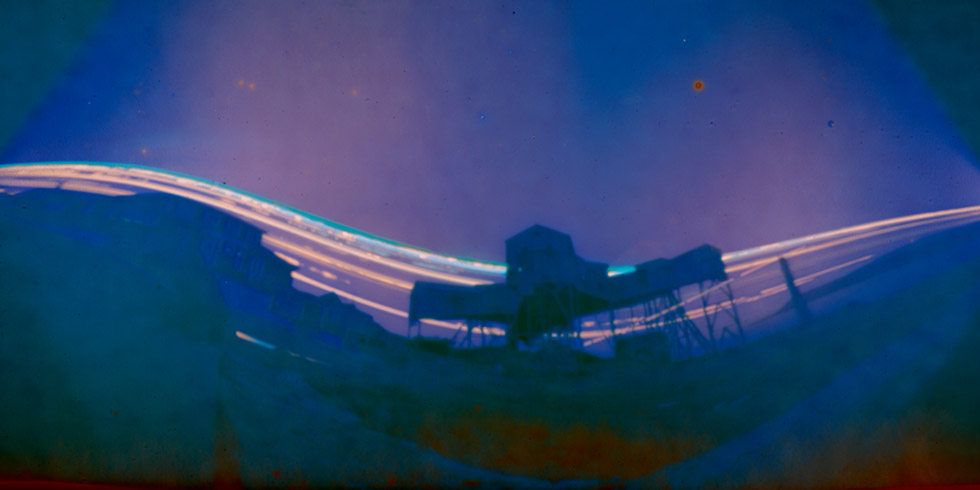 On top of the hill above Longyearbyen, the main port of Spitsbergen, you will find this construction, which used to be the central place where coal from the different mines would be gathered. When I was working to collect my pinhole camera’s I came across some people looking for geocaches. I never realised that even so far north, people were playing this game. Why not, I was hiding a few pinhole cameras myself and this encounter actually made me realise why some cameras may have gotten lost. People were probably mistaking them for a geocache and taking them away.

The Taubanesentralen construction is another one of those places where you can feel the history of the place. When you are there and you look around the area for the different mines, it’s hard to imagine that even in wintertime, people were working in this harsh environment.