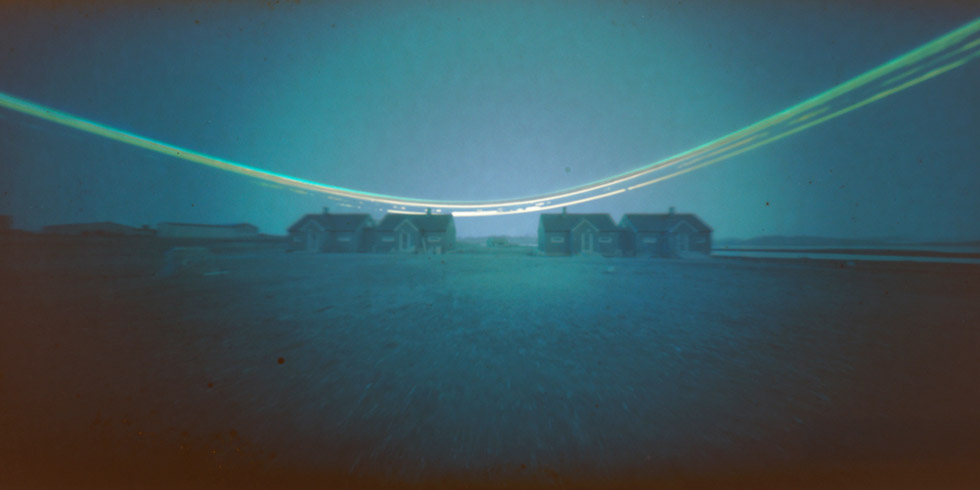 In 2015 I worked as an artist in residence during a large scientific expedition to Spitsbergen & Edgeøya, SEESNL. For this I adopted solargraphy, a pinhole photography technique which allows for freezing multiple solar tracks into one image. Doing this over the landscape and architecture of Spitsbergen portrays the poetry and mystique of this arctic region.

The series of images have been exhibited internationally and continue to do so. Usually in combination with the story of the expedition.

Background information can be found in these articles:
Art by Nature Magazine
International Year Of the Light

Artist Temo Gonzalez Moreno has created a soundtrack to one of the images.

The series has inspired Oene van Geel & Mark Haanstra to create an album and show with the same title Shapes of time.

Below you can view an experimental music edit with some of the images created during the expedition.